Although more and more genealogical records are being digitized and made available online, images of German church books—those faded ledgers filled with seemingly indecipherable old script that record baptisms, marriages, and burials—are often few and far between. That’s why it was a cause for celebration when I discovered that the scope of Ancestry.com’s “Germany, Lutheran Baptisms, Marriages, and Burials, 1519-1969” encompassed the middle-of-nowhere German communities where a number of my ancestors lived and worshiped in the nineteenth century.

I knew something about the lives of Ernst and Friederike (Wegner) Stübe in America, where they had immigrated with their two-year-old daughter in 1869, but I had known little about their lives in the old country, the former Mecklenburg-Schwerin. Thanks to this record collection, I learned the following:

It is likely that Ernst and Friederike grew up on the manorial estates where their fathers were day laborers (Tägelohner).5 Serfdom had ceased in Mecklenburg-Schwerin only in 1820; landless men remained tied to the land where they toiled as contracted laborers on these estates, their wives often working alongside them.6 As children, Ernst and Friederike would have lived in estate-owned huts that were shared with their immediate families as well as, perhaps, their extended families or the families of other laborers.7

Childhood, however, was brief; by the time they were seven years old, Ernst and Friederike may have been hired out to work, or at the very least by the time they reached adolescence. Granted room and board for their services as a farm hand and maid, respectively, they would also have received a modest annual wage.8 Throughout their years of service, they may have moved among different estates and had the opportunity to mingle with a number of other young people at local festivals, and perhaps this is ultimately how they became acquainted.9 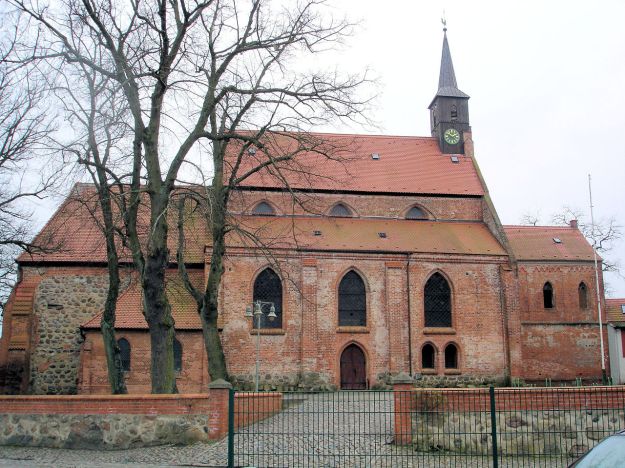 As it so happens, Ernst and Friederike’s wedding day fell upon the date that the contract year for laborers typically concluded; as this was the beginning of a three-day holiday after which contracts might be renewed or laborers shifted to different estates, the young couple may have decided that this would be a practical time to marry and set up house once permission had been granted for their marriage.11 Indeed, as marriage restrictions in Mecklenburg-Schwerin remained strict at this time, a wedding was a true celebration and traditionally included several days of feasting.12

Following their marriage, Ernst and Friederike appear to have lived on the grounds of the estate Friedrichshof, located between Selpin and Walkendorf, where Ernst, like his father before him, was a day laborer.13 Friedrichshof is no more, although notably, it was the birthplace of Richard Wossidlo, a renowned folk historian and ethnographer.14 It was likely here at Friedrichshof where the Stübe couple’s first child, Emma, was born on 27 September 1867.15 Two years later, amidst a stream of emigrants from Mecklenburg-Schwerin, Ernst, Friederike, and Emma Stübe boarded a ship at Hamburg, and the rest, as they say, is history.16