For years, about all I’ve known about the parents of Hiram H. Hammond has boiled down to the origins that were reported in four census records over a span of twenty-five years:

While Hiram, an Iowa farmer, was consistent in declaring that he was born circa 1813 in Ohio, he was apparently less certain about the origins of his parents. Or was he? Hiram may not have spoken for himself when the census enumerator came to the door; responses could have been given by his wife or another member of his household if he was not available. It’s also possible that some information might have been added by the enumerator after the fact, based on memory alone. Given that Hiram lived among many immigrants, his wife included, his parentage may have been presumed to be foreign as well.

In any case, this lack of consistency leaves me with questions today. Who am I looking for? Were Hiram’s father and mother born in England and Scotland, respectively? Or were they native-born with English and Scottish ancestral origins? If that’s the case, it would not be the first time that one of my ancestors took the question of nationality a little too far.

Now, however, I’m a bit closer to solving the mystery of Hiram’s parentage, thanks to a little something called Y-DNA. The Y chromosome, as explained by Family Tree DNA, “is passed almost unchanged from father to son,” so it can be useful in determining the origins of a surname and to make connections with cousins who share the same chromosome.5 In Hiram’s case, I hoped this would prove to be very useful.

Hiram is my fourth great grandfather; as I am descended from his daughter, thus immediately breaking the chain of father-to-son Y-DNA, I began tracing the descendants of his son with the hope of finding a living male relative who would be eligible to take a Y-DNA test. After reaching out to a distant Hammond-by-marriage in Iowa and an apparent game of hot potato with my letter of inquiry, I finally made contact with a Hammond-by-blood in Arkansas. Bingo! It was time to pull out the genetic guns, so to speak, and test this (wonderful! willing!) cousin’s Y-DNA.

There’s not much to be too excited about right now – as of yet, there are no matches on the 67-marker test – but there is always the chance that someone who shares Hiram’s Y-DNA will choose to test with Family Tree DNA in the future and in doing so establish a long-lost genetic connection. I’m prepared to monitor this account – and the Hammond DNA Project – for years, if that’s what it takes! A more pro-active approach, however, would be to find a living male descendant of another Hammond line that I suspect could be connected to Hiram. 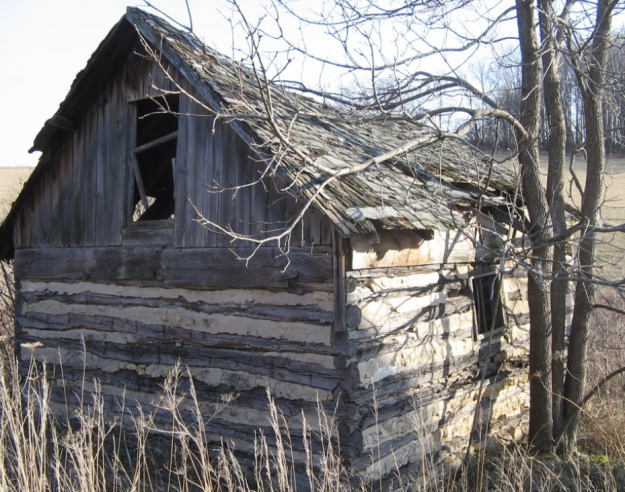 My earliest records of Hiram H. Hammond come from his years in Jackson County, Iowa, where he acquired land in 1848. According to an 1852 Iowa census, Hiram was neighbor to an Andrew Hammond,6 and although Hiram moved away shortly thereafter,7 in 1854, Andrew remained in Jackson County with a new neighbor, Philow Hammond.8 I suspect that these Hammond men may have been sons of War of 1812 veteran Jonathan Hammond, who lived in Ohio, Hiram’s stated place of birth, during the appropriate period of time. Several of Jonathan’s other known sons include Orin Hammond, Reuben Hammond, and Lemuel Brooks Hammond, and intriguingly, a nephew also bears the somewhat distinctive name Hiram H. Hammond.9 However, more research is necessary to prove the relationships among the members of this particular Hammond family and to determine whether Hiram himself could feasibly be a relative.

If such a connection still seems plausible, or if another potential connection is found elsewhere on the paper trail, well, then it will be time to trace another line of male descendants for a willing Y-DNA test participant!

6 thoughts on “The Search for Y-DNA for Hiram H. Hammond”